By: Amanda Schwalbach and Julia Jun

On September 8th, 2022 at 3:10 pm (GMT time), Queen Elizabeth II passed away at Balmoral Castle in Scotland at the age of 96. Her death was announced shortly after the royal family confirmed that Her Majesty was being aided by medical supervision. According to  her death certificate, she passed away from “old age”, most likely due to underlying conditions with COVID-19.

Born on April 26, 1926, Elizabeth Alexndra Mary Windsor lived a life where she influenced great change not only in the United Kingdom, but became an iconic figure for the rest of the world. She watched her father succeed to the throne at 11 years of age, and just 16 years later, she herself would ascend to that position when her father passed away due to smoking-related health problems. She succeeded the throne at the age of 27 on February 6, 1952. She ruled for over 70 years over 54 Commonwealth nations and took upon a total modernization of the monarchy. She was no doubt one of the most influential figures in the past seven decades.

Her funeral was held on September 19th, 2022, at 11:00 am in London, England. The grand procession started in the streets of London, stopped at Windsor Castle, and finally ended at St. George’s Chapel for her burial next to her late husband, Prince Philip, the Duke of Edinburgh. The procession was led by 200 musicians from Irish and Scottish Regiments that were followed by King Charles lll, former Prince, and other royal family members. Some notable mentions include Prince Wiliam and his wife, Princess Kate, and his younger brother, Duke Harry, along with his wife, Duchess Meghan. World leaders from the United States, Germany, Italy, Australia, New Zealand, Canada, Japan, Kenya, the Netherlands, Belgium, and Spain also attended the services out of respect for England’s monarchy and government. The funeral services were conducted by the Dean of Westminster, followed by the former Prime Minister Liz Truss and Secretary General of Commonwealth Patricia Scotland who gave the readings. Lastly, the archbishop of Canterbury, Rev. Justin Welby, performed the sermon to end the service. A total of 28 million people watched the funeral, out of which 11.4 million were Americans. Supporters of the Queen were frustrated with this number, noticing it was less than the viewership of Princess Diana’s funeral, according to The Guardian.

With the change of leadership in England, there already have been many changes to the country, with more expected to come. With the succession of King Charles III, all of the currency and stamps with the picture of Her Majesty will be replaced by the portrait of King Charles III. But that doesn’t mean that Queen’s Elizabeth’s banknote is disappearing forever. Evidently, replacing the banknotes of the entirety of Europe and other countries will be close to impossible, and very time-consuming and tedious. While King Charles banknotes will start to circulate in 2024, it will co-circulate with both the King and the previous Queen’s banknotes. While all these changes are to come in due time, it will be a very slow and gradual process as the citizens move onto a new monarch that they haven’t greeted in over 70 years.

It is not just the currency that carries/portrays, etc. Queen Elizabeth’s portrait. Ranging from British passports and Commonwealth countries, Queen Elizabeth’s title and namestate the following,  “Her Britannic Majesty’s Secretary of State requests and requires in the name of Her Majesty all those whom it may concern allow the bearer to pass freely without let or hindrance and to afford the bearer such assistance and protection as may be necessary”.

A more pressing matter emerges from the Commonwealth nations that were previously under Queen Elizabeth. Certain countries have decided to keep the monarch as the head of the state even after independence. According to Brooke Newman, an associate professor of history, she states that, “There was already stirrings of republicanism in a number of these different countries. But as long as the Queen was alive, there was that sentimental attachment to her person – not to the institution, but to the queen herself… Now that she is gone, there is much less of a sentimental attachment to the institution of the monarchy, and then even less so to the person of Charles III.” Does this mean that all of the Commonwealth nations will be separate from the British Empire? If so, what would that mean for the future of the British crown and the state? While there have been suspicions of multiple countries preparing to become their own republic, after the crowning of the new monarch, it may be inevitable that more countries will decide to separate from the crown. While the potential separation of these countries might be quite shocking, we look forward to what the future holds for Britain. 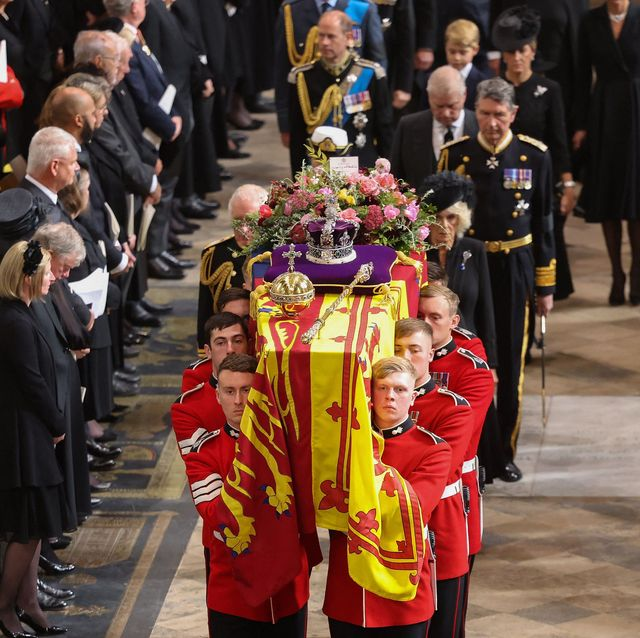