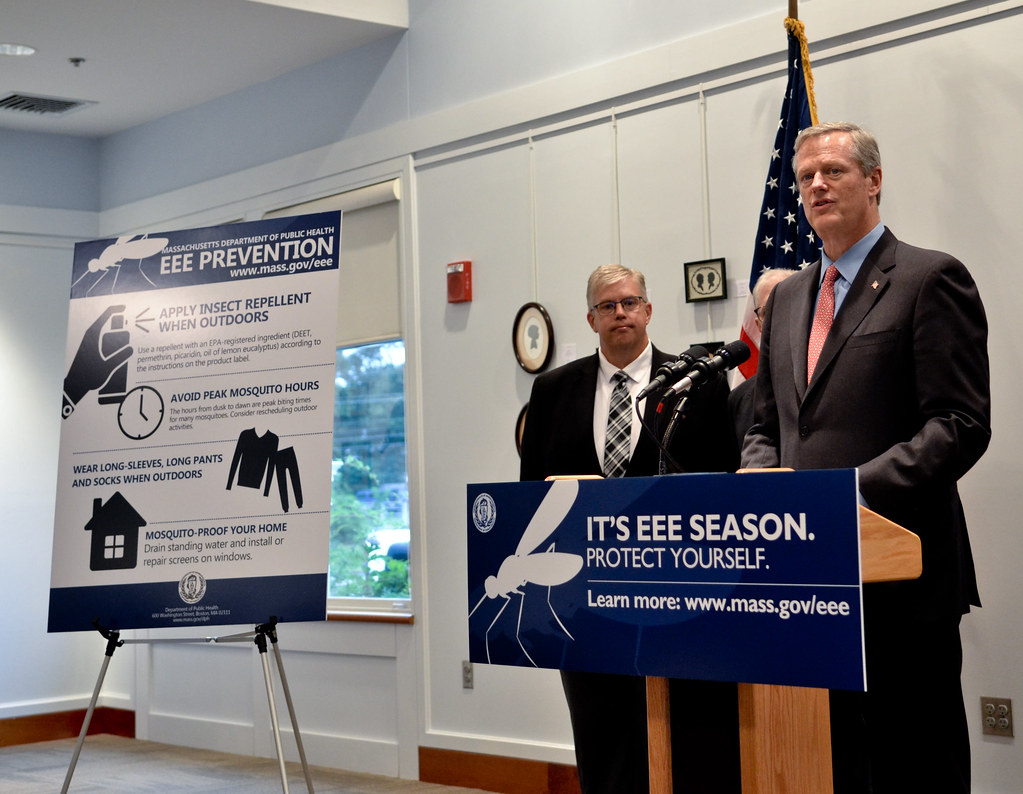 With no known vaccine, treatment, or cure, EEE is often deadly. It kills around one-third of humans affected, and a staggering 90% of farm animals. Twenty-two horses in the area of infection have already been confirmed ill.

Humans lucky enough to survive EEE often face neurological disabilities after recovering from the virus itself. Full recovery may not arrive until years later, if ever.

Last year in the United States, 38 people were infected by EEE, setting a new annual high. Fourteen of these were residents of Michigan. According to Lynn Sutfin from the Michigan Department of Health and Human Services, six of the ill died, four were hospitalized, and four more were affected with critical neurological problems. Officials are wary of what this year may bring.

In a previous case, Michigan teenager Savanah DeHart was infected and paralyzed through a single mosquito bite, and she is currently unable to walk or talk.

Last Tuesday, September 15, an adult living in Michigan was suspected to have caught the virus. Details of the person’s condition have not yet been disclosed.

Michigan’s Department of Health and Human Services is in the process of encouraging lockdown in ten of the surrounding counties to minimize exposure to infected mosquitoes and prevent an outbreak.

Officials are attempting to contain the virus using aerial treatment and are spraying pesticides in affected areas, although updates have not yet been given.

In addition to EEE, the Department of Health in Michigan has confirmed nine separate cases of the West Nile Virus. Although the West Nile Virus’ fatality rates pale in comparison to that of EEE, it is known to make victims significantly more susceptible to other illnesses along with being deadly to people with pre-existing conditions, making death and chronic symptoms a very feasible outcome.

Fortunately, cases of EEE have been limited, likely due to the coronavirus shutdowns that have been occurring since March of this year. It’s already surprising that Tuesday’s case was the first of 2020. Health officials remain worried that many more undocumented infections have already taken place, as early symptoms tend to be general ones like that of a cold. It may take weeks for the effects of the virus to show demographically.

If American citizens continue to ignore lockdown orders as so many have been doing over the past months, these potential EEE outbreaks amid the COVID-19 pandemic could drastically hurt the Michigan population.  If infection spreads, EEE may also take a toll on the American population as a whole.  Health officials urge everyone, not only Michiganders, to stay indoors and safely await the end of these increasingly life-threatening phenomena.